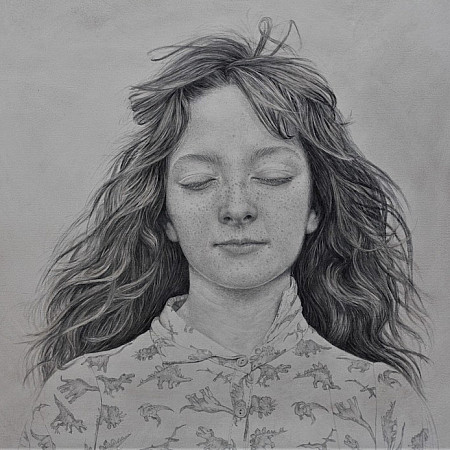 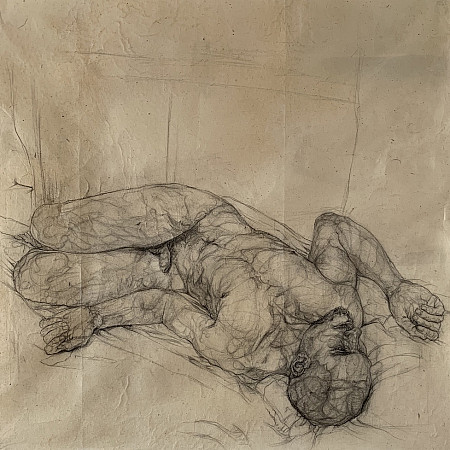 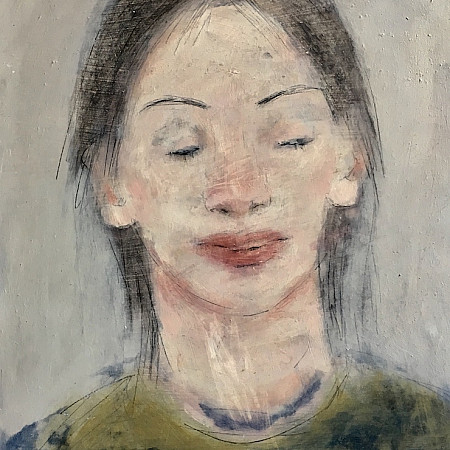 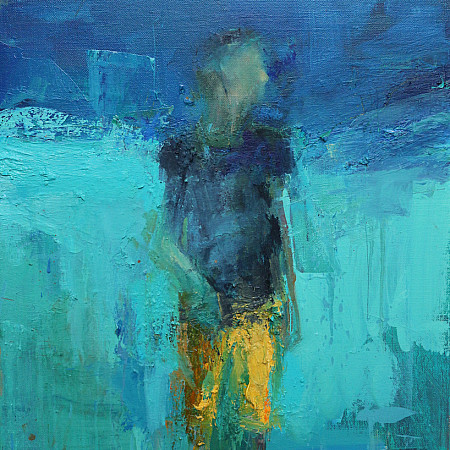 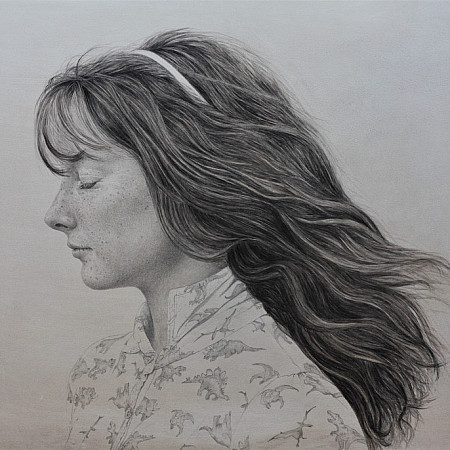 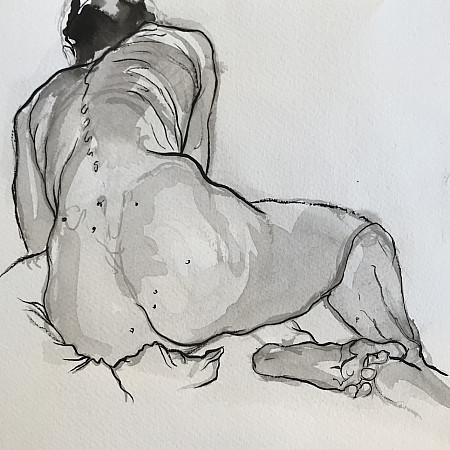 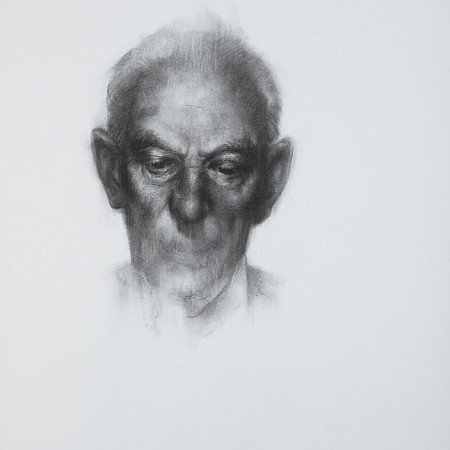 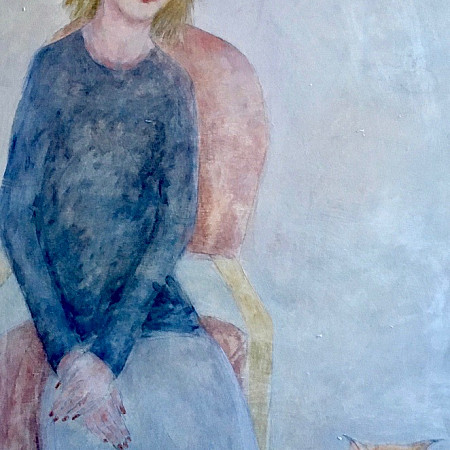 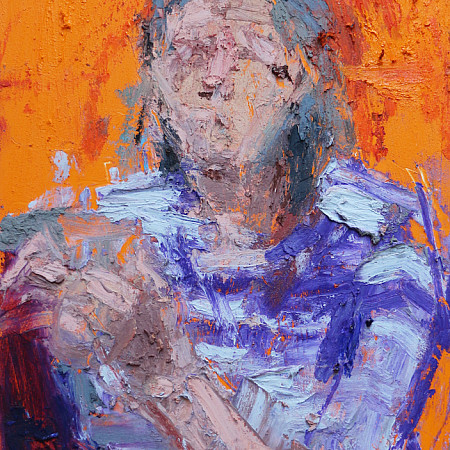 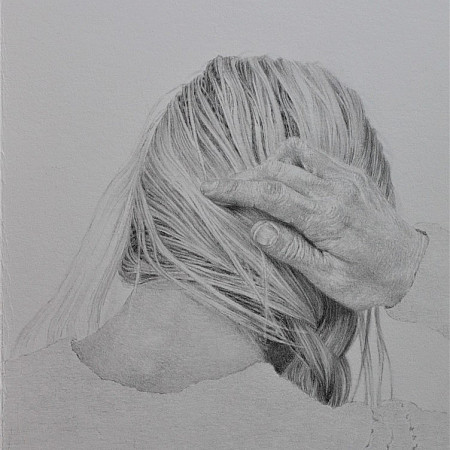 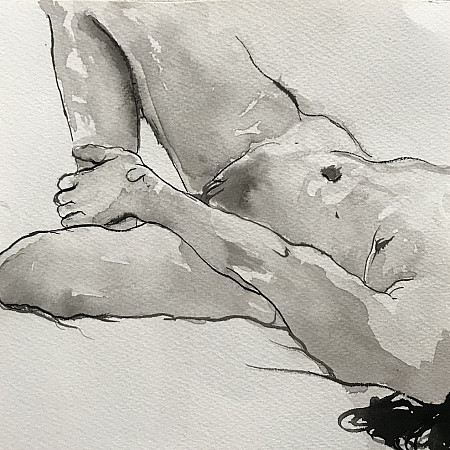 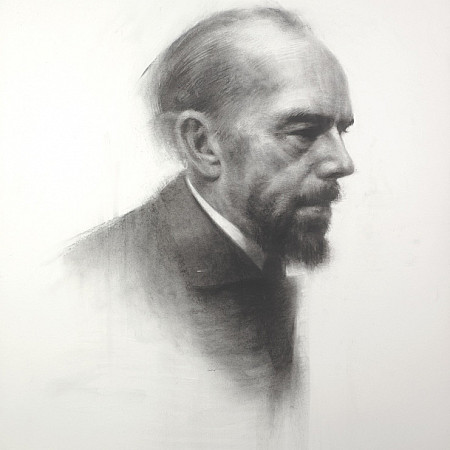 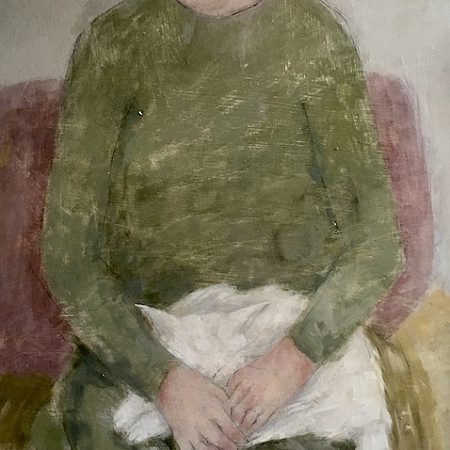 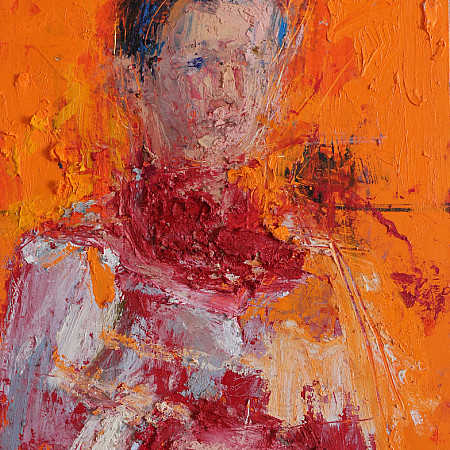 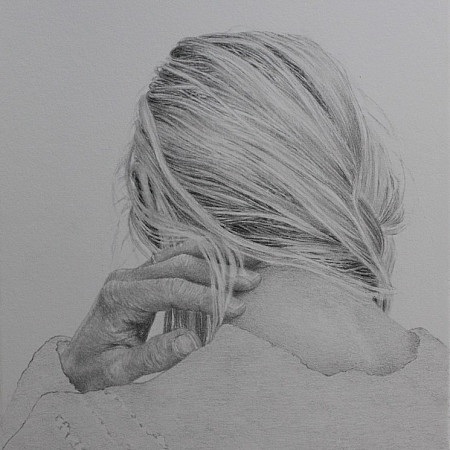 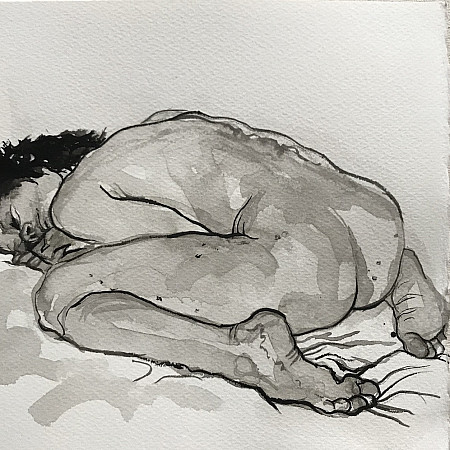 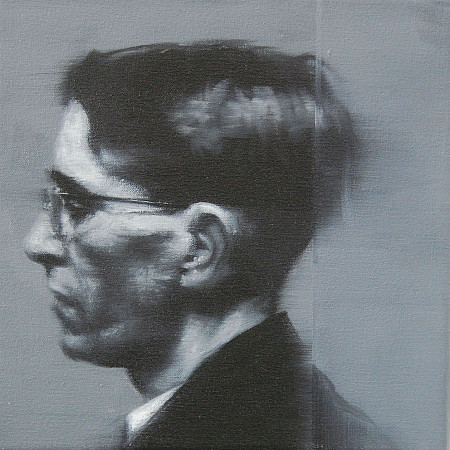 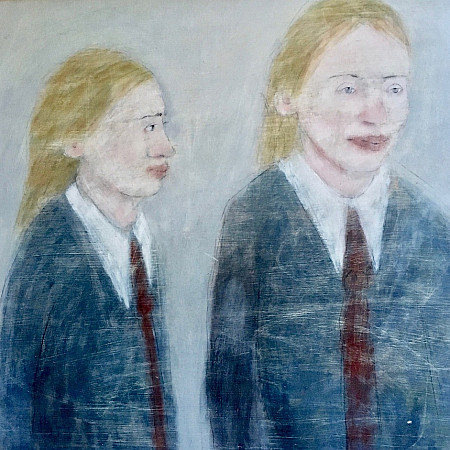 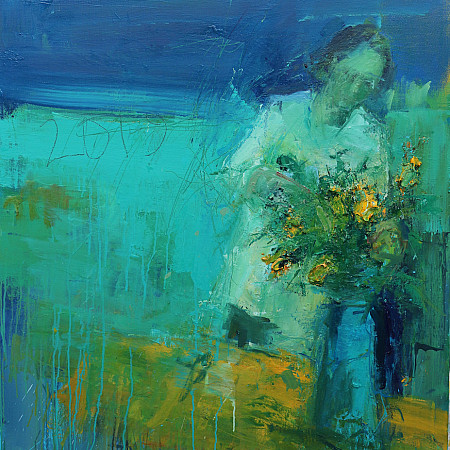 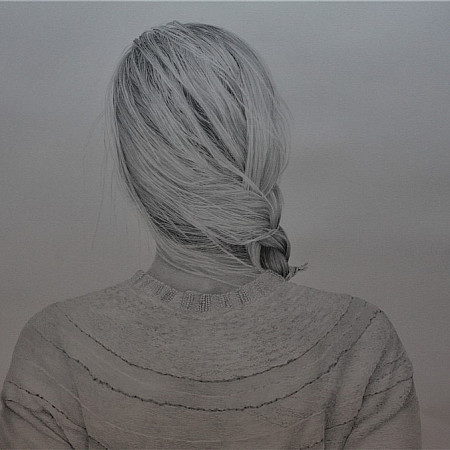 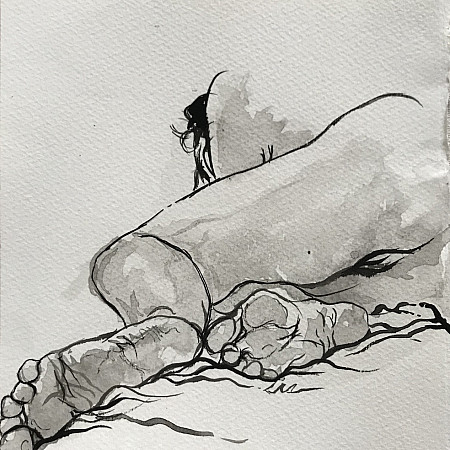 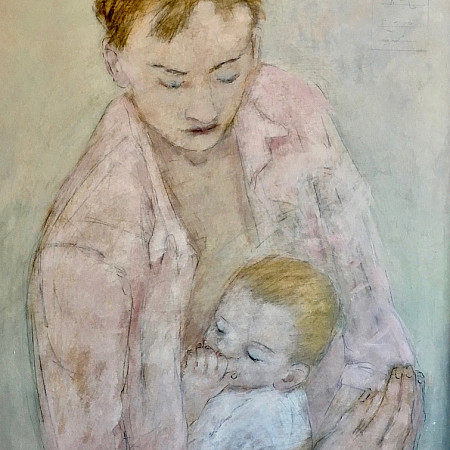 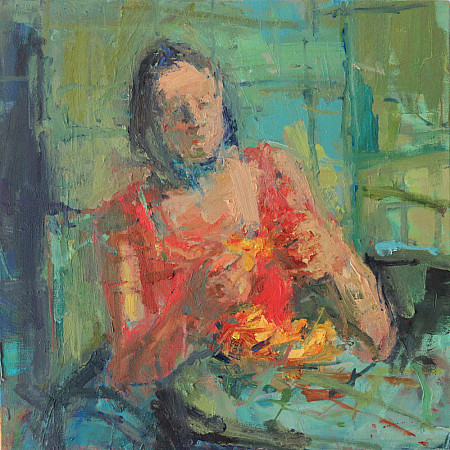 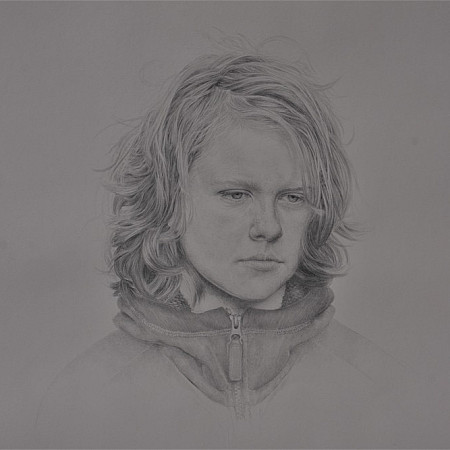 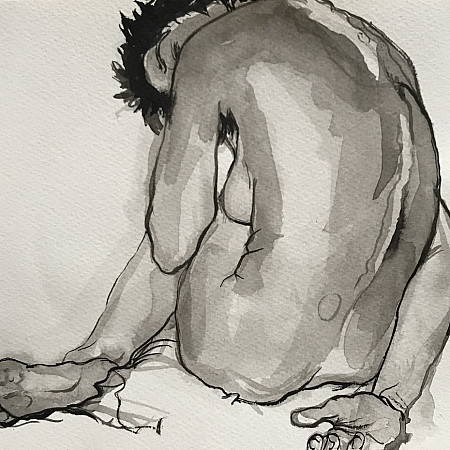 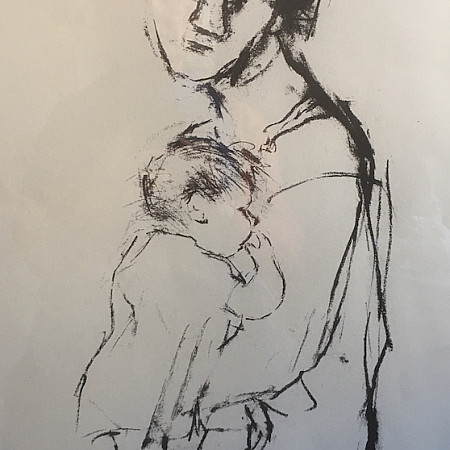 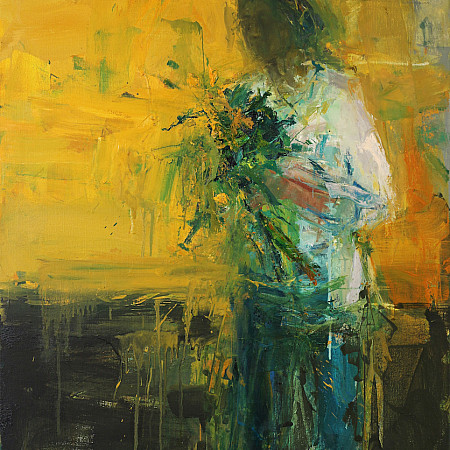 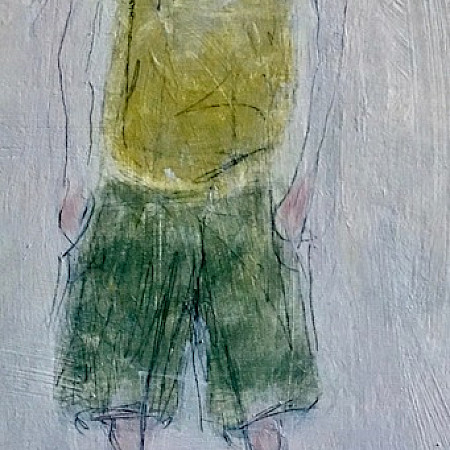 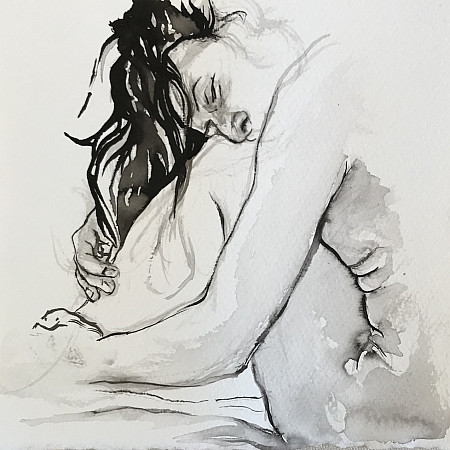 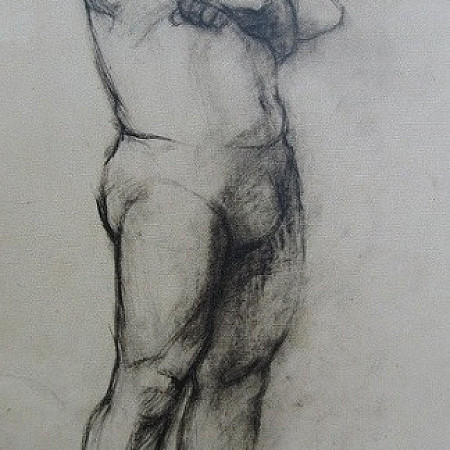 The second of our small group shows this year focusses on Figurative artists. The Tate defines Figurative Art as “any form of modern art that retains strong references to the real world and particularly to the human figure.” The five artists participating in this exhibition have been invited as their references to the human figure display varying levels of abstraction and individual expression.

Joyce Gunn Cairns graduated from Edinburgh College Art having previously studied German & Comparative Religion at Aberdeen University. She has several works held in the collections of the Scottish National Portrait Gallery and City Arts Centre, Edinburgh as well as many other major institutions throughout the UK. Employing a muted palette, Joyce’s figurative paintings feel intensely personal, almost voyeuristic to the extent that the viewer might feel they are intruding on an intimate moment between the artist and sitter. The subtle palette combined with its constant layering and scraping back results in the most expressive and gentle of portraits.

Henry Jabbour, initially trained and worked as a medical scientist before following his passion for art in 2010 by enrolling in the Leith School of Art where he completed a Diploma in Drawing & Painting which was followed by an MFA in Painting & printmaking from the New York Academy of Art. Like Joyce, Henry’s work is intensely expressive but his mark making and his palette is bold and energetic. In his paintings the paint application appears haphazard and thickly applied but the finished portraits exude a myriad of evocative human emotions.

Angela Repping studied at Duncan of Jordanstone College of Art in Dundee and now lives and works in North Berwick. Angela describes herself as “a figurative artist, and is fascinated with the magic of drawing, of making marks that express her feelings for the human form, in space, light and movement.” In contrast to the loosely expressive styles of Joyce and Henry, Angela’s drawing is very considered and meticulous but still manages to create a deeply emotional portrait that goes beyond the likeness of the sitter.

Rebecca Westguard, studied at Gray’s School of Art in Aberdeen where she now teaches life drawing. It’s great to see the art of life drawing alive and well in Aberdeen. Rebecca’s exploration of the human form produces beautifully composed, honest studies. Rather than shape and size, the studies explore the strength, fragility and beauty found in every sitter.

Graeme Wilcox graduated from Glasgow School of Art in 1993 and has worked as a figurative artist ever since. His work is shown regularly throughout the UK and has won numerous awards. More traditional and representational in style, Graeme’s studies of individual sitters are contemplative and thoughtful, exploring the subtleties of strength and frailty in his characters.