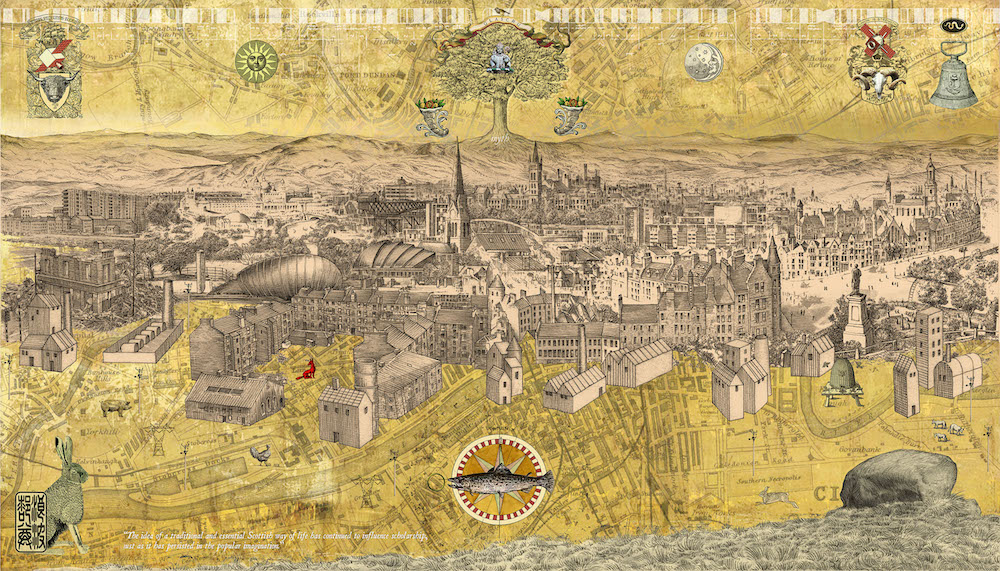 Murray Robertson studied at Glasgow School of Art and continues to live and work in Glasgow. Whilst maintaining an interest in traditional fine art and printmaking through many years of association with Glasgow Print Studio it is the research, development and application of new technologies, specifically digital imaging and printing, that has most influenced current professional practice, be it in the role of Master Printer at GPS, managing the Digital Imaging Suite and disseminating that knowledge to others, or as an individual practicing artist.

Robertson’s work is underpinned by enquiries into aspects of nature and the environment that lie at the core of many of our current concerns and scientific paradigms.Exploring and contrasting the significances of cultural perceptions and misconceptions, Robertson endeavours to interpret and create systems of representation via structured visual matrices that are realised as hopefully legible and meaningful patterns of knowledge.

Imagery develops from a process of experience, documentation and interpretation, employing a wide variety of techniques from traditional drawing and painting to 3D computer modeling. Diagrammatic representations and their related iconography has motivated recent works using sources including textbooks on natural history, early and contemporary printed maps, scientific/technological imagery and cultural icons.

1993 - Errors In The Age Of Discovery, Glasgow Print Studio, Scotland.

2012 - The Medium is the Message: words in printmaking since the 1960s, Glasgow Print Studio.

2015 - Between the Land and the Sea, Royal Academy of Arts, Piccadilly, London.