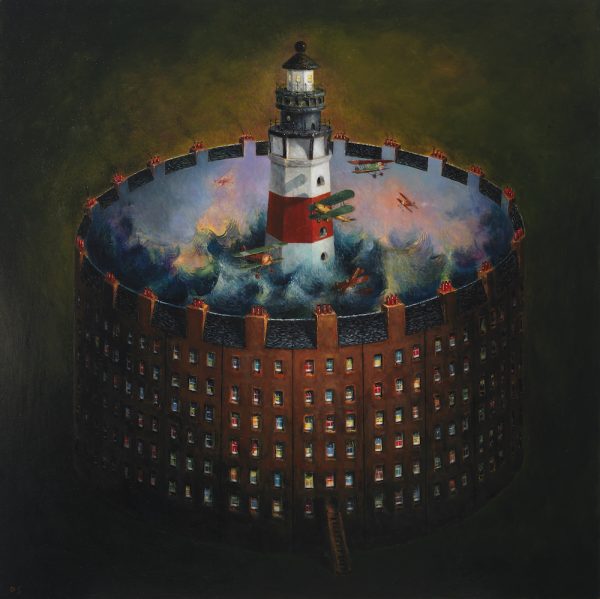 Title: We are each other as we pass
Size: 60cm x 60cm
Medium: Oil on Panel