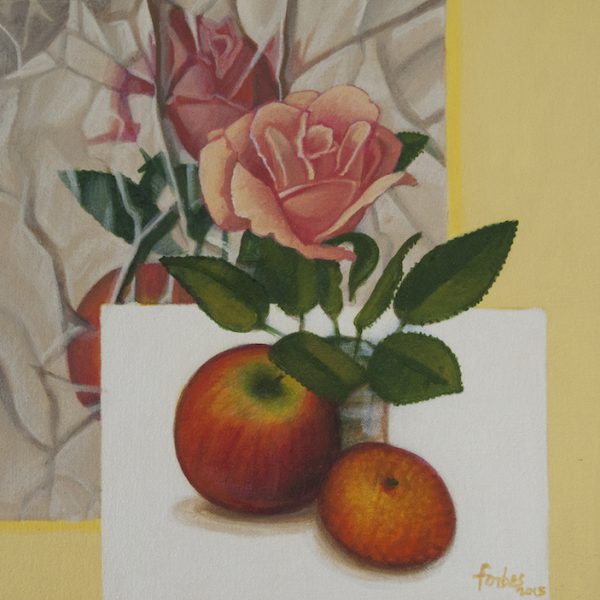 The work of Ronald Forbes forms a narrative around the way we see and understand the world. It is about illusion, belief and reality – and the fuzzy edges between these.

There have been more than thirty-seven solo exhibitions of his work around the world.

Ronald Forbes is an artist who is primarily a painter, but who has also made films throughout his career.  He was highly engaged in higher art education, closing that part of his career as Head of Painting at Duncan of Jordanstone College of Art and Design, the University of Dundee.  He has also undertaken many artist-in-residence posts nationally and internationally.  He is an academician of the RSA,an elected member of the RGI and a Professional Member of the Society of Scottish Artists.

There have been solo, group and curated exhibitions of Forbes’s work in Scotland, England, Ireland,USA, Australia, Japan, France and the Netherlands.His paintings are held in a range of public collections in the UK,Ireland, USA, Poland and Australia. He has received many prizes, including the Guthrie Medal from the Royal Scottish Academy, prizes and nominations in various international film festivals and awards from bodies such as the Leverhulme Trust,the Carnegie Trust, the Scottish Arts Council and the Hope-Scott Trust.

“Nature: Only and Idea”

1997 “An Alphabet of Artists”, Perth Museum and Art Gallery

Exhibited in many Glasgow League of Artists exhibitions 1971– 80

2009 Publication award, the Carnegie Trust for the Universities of Scotland

2002 Publication award, the Carnegie Trust for the Universities of Scotland

1975 Prize for film, “Between Dreams” in BBC “Scope” Film Competition

1964-69 Numerous awards and prizes at Edinburgh College of Art