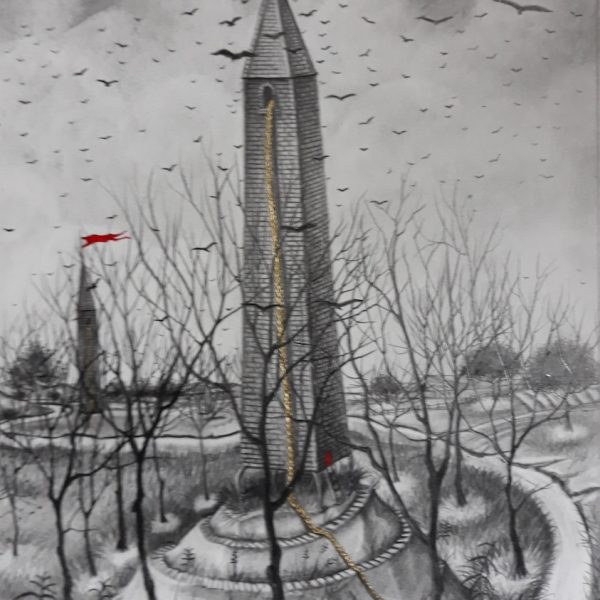 Heather Nevay was born in Glasgow, Scotland on 13th January 1965. She studied at Glasgow School of Art and graduated with BA Hons., Art and Design (Printed Textiles) in 1988. She is a member of the Royal Glasgow Institute of the Fine Arts.

Heather exhibits regularly at the Compass Gallery and Cyril Gerber Fine Art, Glasgow, and the Portal Gallery, London. Heather has also exhibited many times in important mixed shows at The Royal Scottish Academy, The Society of Scottish Artists, The Royal Glasgow Institute, and at the London and Glasgow Art Fairs.

Heather uses symbolism to express ideas of heroism, weakness, fear and the shifting balance of human relationships. Her paintings are mostly figurative with colour being an important element of her work.

2015  Elected Member of The Royal Glasgow Institute of the Fine Arts (RGI).

2016 "The Lesson" commissioned by Arts Council England for  “Strange Worlds: The Vision of Angela Carter” a curated exhibition at The Royal West of England Academy (RWA), Bristol.

2009  "The Portal Gallery is Fifty", an exhibition of fifty works by Portal Painters.

2016  “Strange Worlds: The Vision of Angela Carter” a curated exhibition at The Royal West of England Academy (RWA), Bristol.