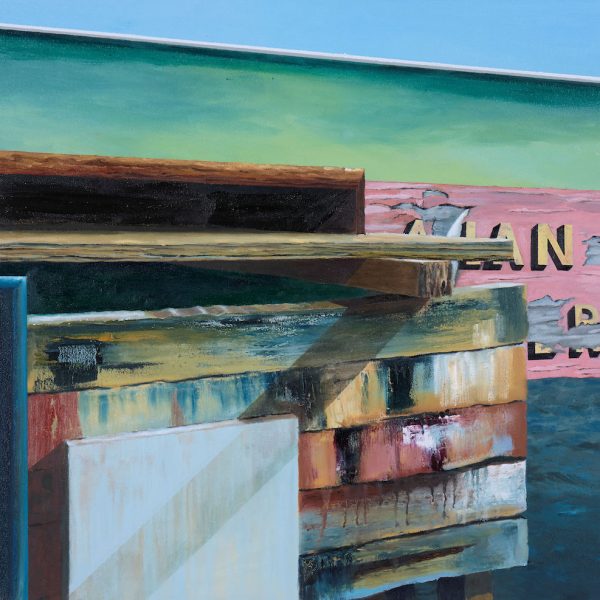 Additional Information
Based on the wooden boards and signage which frequents piers, wharves and seaside buildings that haunt our peripheries of our shorelines. These ghostly written signs peeling in the sun. The red paint which fades to a pink and peels from the wood. The eroded weathered wood showing years of neglect. All these things that come together to show a beauty in contrasts.