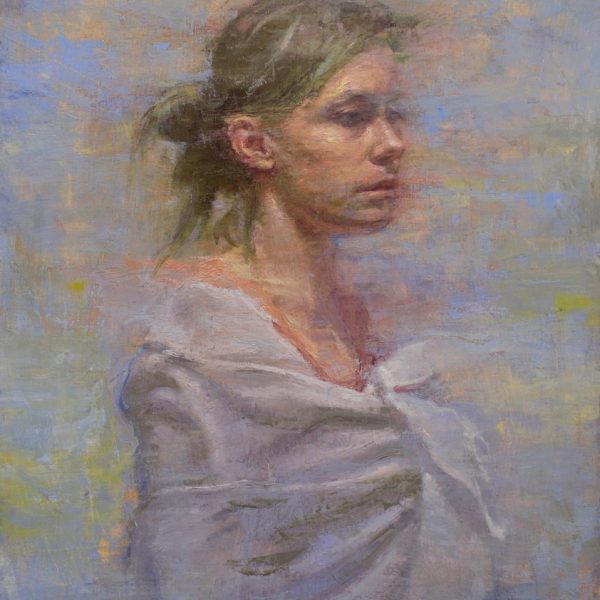 For some time now my work has involved using a figure within voids of empty space. I have been fascinated by the delicate relationship that exists between figure and space; too much of the dark void and the figure is engulfed; too much focus on the figure and the presence of the space is forgotten. I love the intimacy, and the intensity, which can be created through the use of a single face or solitary figure, theatrically lit, embraced in a velvety darkness that surrounds.

In both subject matter and use of paint, there is a definite acknowledgement of painters past. Rembrandt’s influence permeates through all my work, not only his use of chiaroscuro but also the surface quality that he achieves with the paint like the sleeve of the bridegroom in his work ‘The Jewish Bride’; the constant reworking of paint, creating a texture and luminosity that begins to emanate from the source material and, through constant scraping and glazing, achieve a richer conclusion.