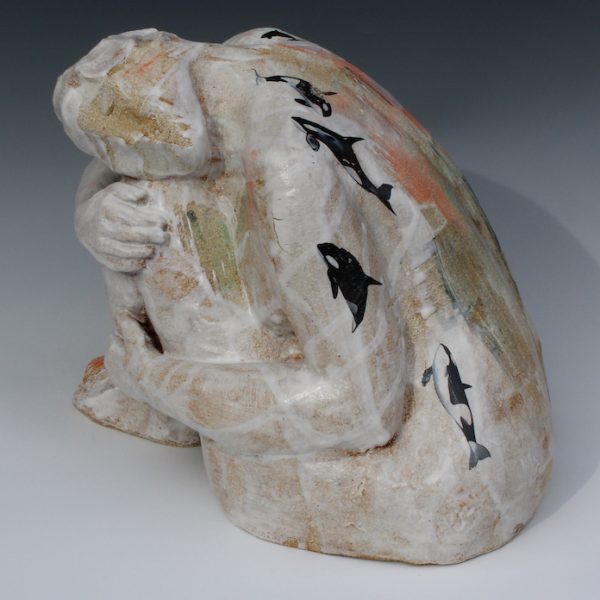 Additional Information
Sedna, Inuit goddess of the sea is dreaming of Orcas.  Sedna became a sea goddess after a long tale of lies and deception, (see short version in Sedna Transforms) It is a common legend told throughout the Arctic.  Here she is dreaming of Orcas and guiding them, showing them how to survive.