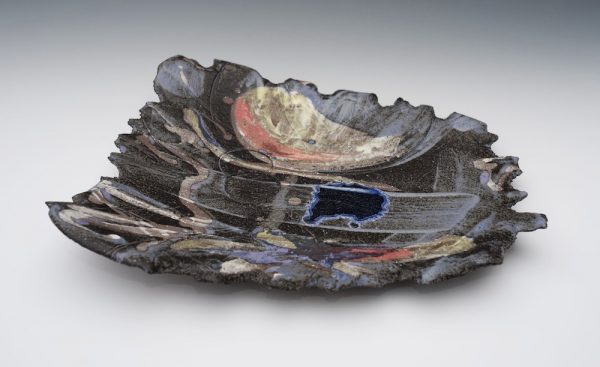 Additional Information
This vessel represents a storm in the ocean. Abstracted shapes of leaping whales circle the pool of melted glass at the centre.