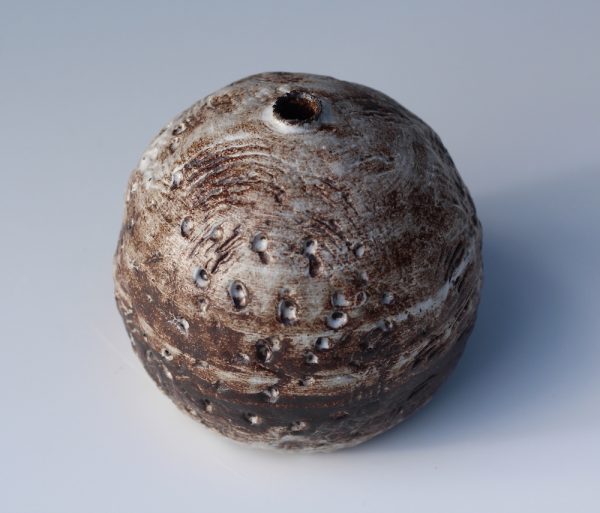 Additional Information
This is a series of four Sea spheres.  Hand built with textures and  porcelain slip added to the black stoneware clay.  Each piece has then been thrown on the wheel to open the body of the piece , changing it from object to vessel.  The spheres emulate sea worn rock and the patterns created by the tidelines.  One of the spheres has developed a fin and the underbelly of a whale - perhaps in preparation to swim back to the ocean.