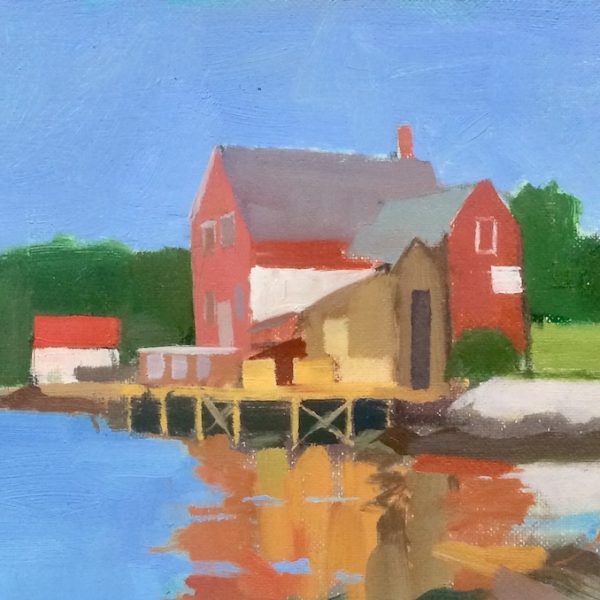 Born in Rutherglen, Scotland in 1952.

He attended Hutcheson’s Boys Grammar School in Glasgow from 1961-69.

In the summer vacations he found work acting and became a member of British Actors Equity.

On graduating he received a travelling scholarship from GSA and a scholarship from TCU in Fort Worth, Texas where he spent two years studying for a Master of Fine Arts degree. During this period he also taught drawing and photography.

Once back in the UK he joined the theatre where he acted, designed and built props and sets.

Acting became his main living for several years and in the early eighties he landed a part in Scottish Television’s ‘Take The High Road’, all the while painting and exhibiting in galleries in Glasgow and the south of England.

A solo exhibition with Duncan R Miller Fine Arts in Hampstead was a turning point and Charles was able to start earning his living by painting. Acting took a back seat though he still appears in small parts in TV and in Film from time to time.

In the years that have followed Charles has had a very full exhibition schedule and has paintings in collections all over the world. He travels a great deal, often in the Mediterranean and the Caribbean.

For a few years he was involved in part time teaching in the Textile Department at Glasgow School of Art.

In 2009 he had a photographic book on Glasgow published by Frances Lincoln Ltd.

For eight years he was Chair of The Aspect Prize, a prize for Scottish painting

For three years he was President of  The Paisley Art Institute

He continues to have a busy exhibition schedule.

Some of those who own his paintings are:

2005  The Diploma of The Paisley Art Institute