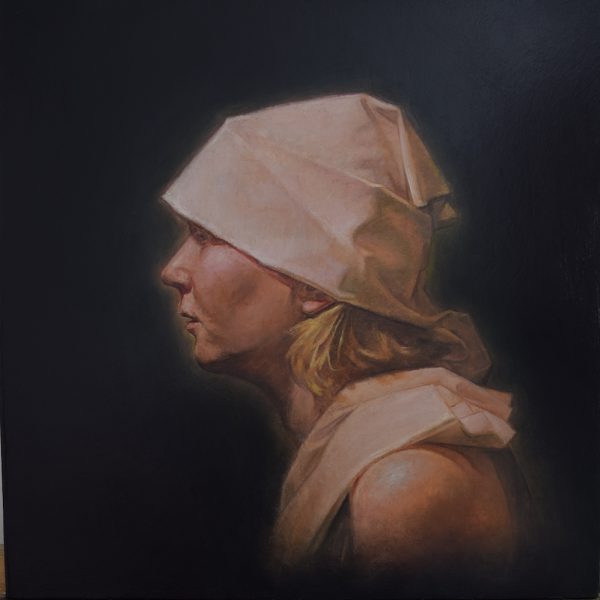 Whether it’s the figure or the landscape Macmillan is fascinated with the rich qualities and techniques that can be achieved with oil paint.

Over the last few years it is the East coast shorelines, hidden coves and ever changing light that has become his greatest inspiration.

‘Built upon layer on layer of oil paint, applied by brush or palette knife his images are scraped, sanded and modified much as the landscape itself is transformed over time by its exposure to the elements.

Macmillan uses gessoed panels for his paintings. If the paint has been scraped to the bare surface, it exposes glimpses of brilliant white. When glazed, these thin slithers of white create the luminous, incandescent light that permeate many of his paintings and has become one of his defining trademarks. As veiled sunlight waiting to break through the clouds, they evoke hints of hope and new life’..[1]