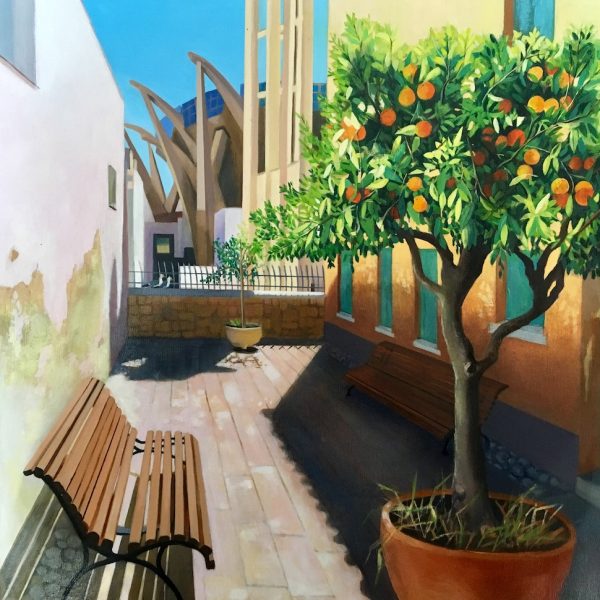 Born in 1962, Lesley Banks grew up in Denny, Stirlingshire. In 1980 she began a four year Degree course at Glasgow School of Art specialising in Drawing and Painting. After graduating she travelled and painted throughout Europe funded by an Elizabeth Greenshields Scholarship. In 1988 she became a gallery assistant in the Compass Gallery, Glasgow. Here, encouraged by Cyril and Jill Gerber, Lesley began to exhibit more of her artworks winning various prizes and awards, such as The 1991 Scottish Prize, Royal Overseas League London. This gave her the confidence to concentrate on painting full-time. In 1999 Lesley was appointed 'Artist in Residence' at Edinburgh Zoo where her popular "Urban Zoo" exhibition gained funding from the Scottish Arts Council. Since this time Lesley has exhibited throughout the U.K. and even as far afield as Singapore and the U.S.A. In spite of a lifelong love of Italy, a country reflected in some of her more recent works, Lesley continues to live and work in Glasgow with her partner and three sons.