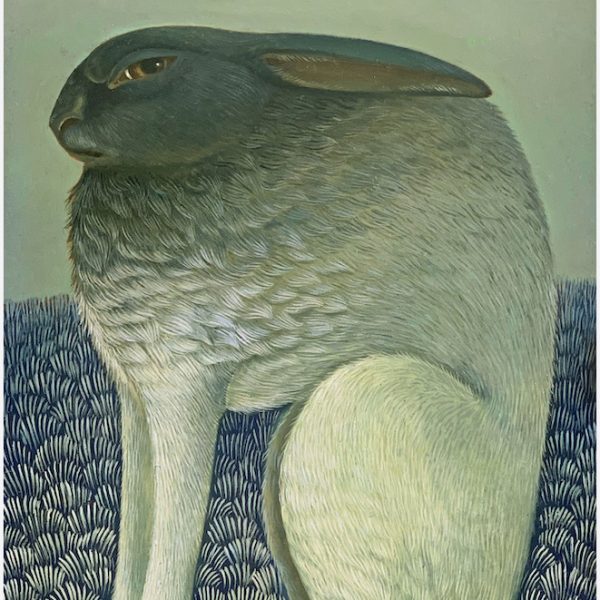 Whyn Lewis was born in Edinburgh in 1973 and is perhaps best known for her unique and almost obsessive paintings of whippets. She graduated from Glasgow School of Art in 1995 and has since had seven solo shows in the UK. She has won several awards including five from the Royal Scottish Academy.

As well as by subject, Whyn’s paintings tend to be recognisable by the strong and highly detailed forms of animals drawn against layered backgrounds. She uses the shapes and symbolism of the animals as narrative. Whyn’s work has been shown in Scotland, England and the USA.