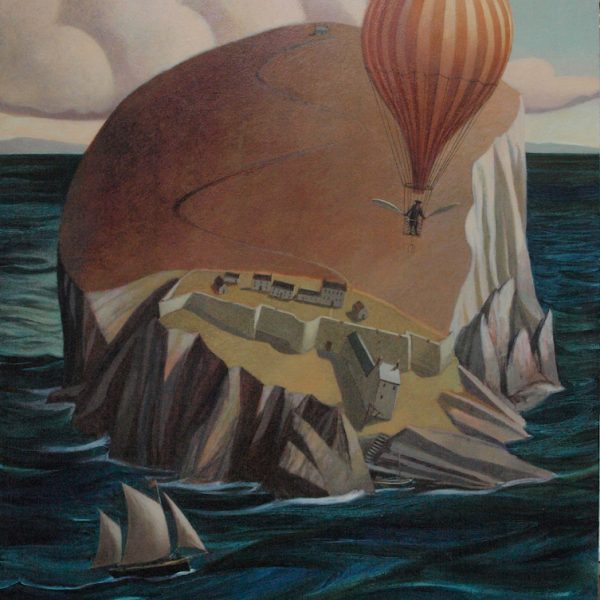 Additional Information
Vincenzo Lunardi (1754-1806) was a pioneering Italian aeronaut. He made five flights in Scotland in his Grand Air Balloon. His first flight took off from  George Heriot's School in Edinburgh and made the 46 mile flight across the Forth to Coaltown of Calling in the parish of Ceres in Fife. A flight on 20 December 1785 was so successful. 70 minutes after taking off from Heriot's Hospital in Edinburgh, Lunardi was forced down into the Firth of Forth. Fortunately he was saved by a passing fishing boat that docked in North Berwick. The diary of Rev, John Mill from Shetland states... 'A French man called Lunardi fled over the Firth of Forth in a Balloon, and lighted in Ceres parish, not far from Cupar, in Fife; and O! how much are the thoughtless multitude set on these and like foolish vanities to the neglect of the one thing needful. Afterwards, 'tis said, when soaring upwards in the foresaid machine, he was driven by the wind down the Firth of Forth, and tumbled down into the sea near the little Isle of May, where he had perished had not a boat been near who saved him and his machine.' Ref: Wikipedia - Vincenzo Lunardi for more information

I am drawn to locations which exert historic and mythic presence. I explore the lyrical narrative of natural sites and strong bold shapes of castles, old townships and harbours. I do this through distortion of perspective, invention and editing, aiming to capture an essence of the structure or place. Colour is used in an emotive way to heighten the sense of mood.
I apply each layer upon layer of paint in a divisionist manner. Slowly I realise a unity of statement as the image emerges, revealing the subject’s unique sense of place.