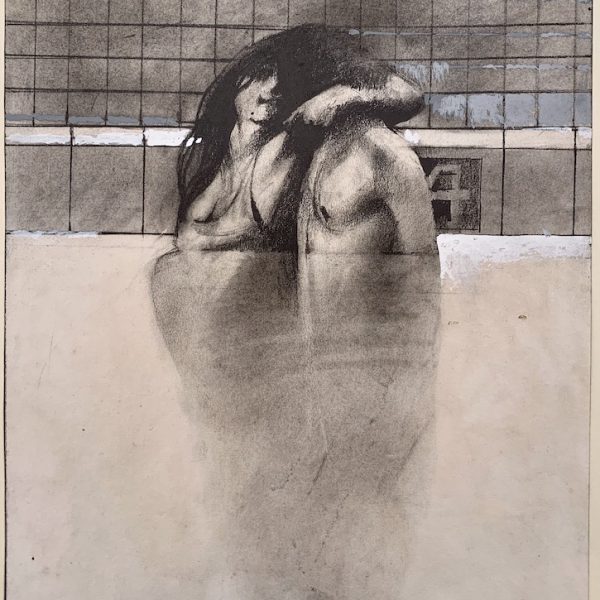 Neil Dallas Brown studied at Dundee College of Art & Technology 1954-58, at Hospitalfield Summer School 1958 and then a Post Graduate year at DJCA 1958-59 before a year at the Royal Academy Schools 1960-61. He later returned to teach at DJCA before being appointed Lecturer in Painting Studios at Glasgow School of Art 1979 where he stayed until his retirement.

Despite modest commercial success Neil Dallas Brown’s emotional and often challenging work was critically well received. His deeply moving “Shroud” series of work, painted in response to the sectarian violence in Northern Ireland, are some of the most powerful visual statements on the Irish Troubles.

Neil Dallas Brown won numerous travelling scholarships to work and teach abroad and as well as participating in group shows had several prestigious solo exhibitions most notably at the Compass Gallery in Glasgow and a series in the late 60’s at the Piccadilly Gallery in London. His work is held in many public collections including Scottish Gallery of Modern Art, Walker Art Gallery, Liverpool and McManus Galleries in Dundee.

1954-58  Studied at Dundee College of Art and Technology.

1965-66  Studied for teaching certificate at Dundee College of Education.

1976-79   Visiting Lecturer at both Duncan of Jordanstone College of Art and Glasgow School of Art.

Has been visiting Artist at:

Dollar Summer School for the Arts.

Loughborough College of Art and Design.