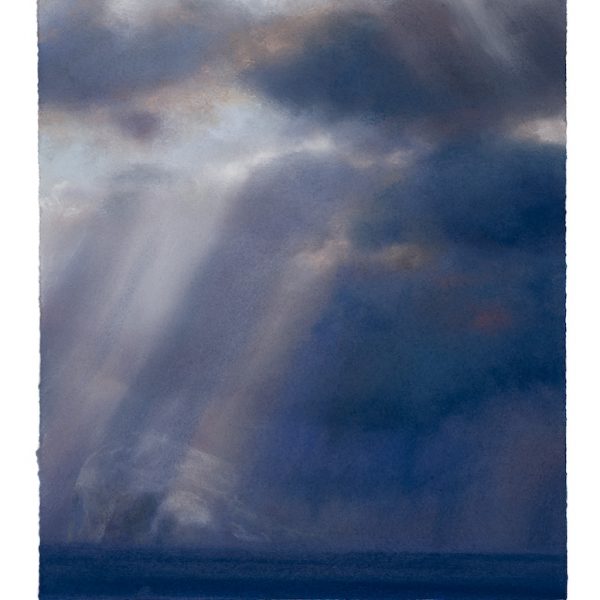 Matthew Draper was born in Stone, Staffordshire in 1973. Studied Walsall College of Art 1991-92 and then Falmouth College of Arts BA(hons) Fine Art from 1992-95. Moved to Scotland in 1997. He now lives and works in Edinburgh.

Working in pastel, Matthew is drawn to the drama and grandeur of landscapes. In particular the impact changing light has on both the landscape and the viewers mood and interpretation of the experience. Achieving this through a very hands on style –

“My work is made with an intense and energetic immediacy, working instinctively rather than methodically, keeping me physically and emotionally involved in the process. I crush soft pastel in my hands rubbing the dust into the paper in wide sweeps of colour gradually manipulating the material to build up a thick layered surface using the ball of my thumb, the heal of my hand and my forearms.”

Matthew Draper has had numerous solo exhibitions across the UK including the The Scottish Gallery in Edinburgh, Lemon Street Gallery, Truro and Beaux Arts, Bath. He has won numerous awards most recently in 2019 with The Baltic Exchange Award, Royal Society of Marine Artists, Mall Galleries, London. His work is widely held in collections both private and public including City of Edinburgh, City Art Centre, Glasgow Museum & Art Gallery, Kelvingrove, Paintings in Hospital Scotland and Bank of Scotland, Edinburgh amongst many more.