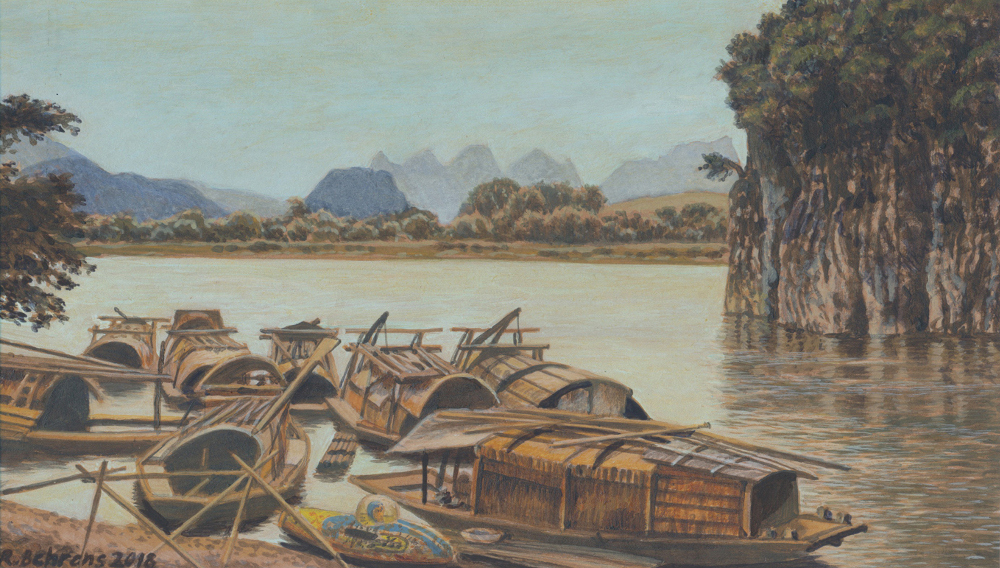 43 Years of Expeditions into Naboland

In 1975 when I was working as a draughtsman for the German Archaeological Institute in Turkey on the site of historical Pergamon and suffering from the ill effects of a mild sun stroke I chanced upon a newspaper that reported a collision between a Turkish submarine and a Swedish cargo ship. The photographs reminded me of a toy submarine that I had found the previous year on the German North Sea coast. The only word in that Turkish newspaper that I could read was the name of the damaged ship: NABOLAND.

My feaverish condition inspired me to combine this name with the image of my found toy : In years to come my little tin submarine would explore the unknown continent of “Naboland”. Like the archaeologists around me I would use found objects as proof of the existence of Naboland.

My move to Scotland in 1979 to take up a post graduate course in Drawing and Painting at Edinburgh College of Art gave me access to the rich visual resources of the former British Empire and the explorations of the Edwardian era in particular. My joining of the Edinburgh University Mountaineering Club made it easy to feel like a member of Scott’s desperate party struggling for the South Pole and to explore the wilderness of the Scottish countryside through the goggles of the little tin mariner battling through the white outs of the Cairngorm plateau.

The ready sense of humour and appreciation of oblique perspectives that I encountered in Scotland was not a small element in the growing success of my artistic vision that has sustained me and over the last four decades I expanded my original “Naboland the North” chapter by the following regions of my parallel world:

Naboland – The Origins of Golf

Naboland – Across the Desert

All these manifestations of “Naboland” have taken the form of drawings, paintings, prints and installations. For the last 10 years I have been working on the creation of  a brief animation entitled “Naboland News” that will, in it’s Pathe News documentary style give final evidence of the existence of NABOLAND.