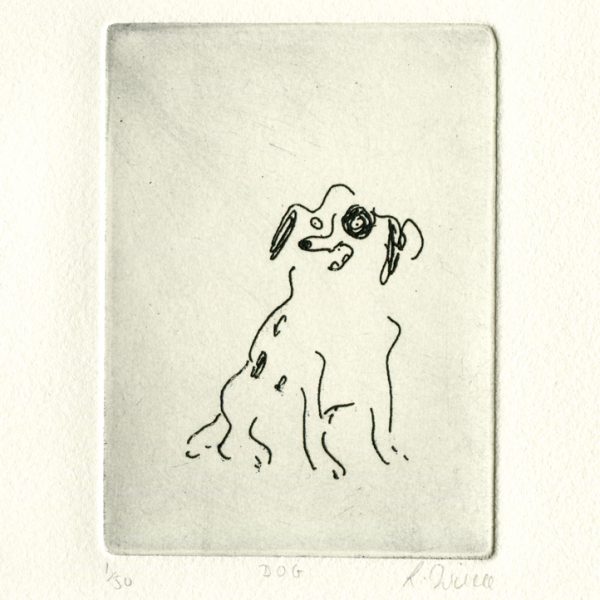 Since graduating from the Royal College of Art with an MA in Animation Direction Louise Wilde has worked as animator and animation director on a number of animated projects and completed the Postgraduate Drawing Course at the Royal Drawing School where she rediscovered her love of traditional printmaking.

Originally from the outskirts of Manchester, Louise moved to Edinburgh from London in 2015 and has since become a regular practising member at Edinburgh Printmakers.

Drawing plays a vital role in her creative process and she regularly draws from observation, memory and the imagination to aid her research and explore ideas. She particularly enjoys using gestural, expressive yet simple drawing methods to pull out and distil a character’s personality within an image.

Louise also amalgamates drawing, animation and printmaking to depict the animate form. As an active member at Edinburgh Printmakers  she has been experimenting with traditional printmaking processes to create hand-printed sequential moving imagery.

Alongside her own practice she runs art-based workshops and courses for a range of ages and abilities at various venues. Examples include the Royal College of Art, Royal Drawing School, British Museum, National Gallery in London, Manchester Royal Infirmary, National Library of Scotland, City Arts Centre in Edinburgh, Edinburgh Drawing School and Edinburgh Printmakers.

Her drawings and prints have been exhibited in public and private galleries across the UK including Edinburgh Printmakers, the Royal Drawing School, Manchester Royal Infirmary and Mall Galleries in London.