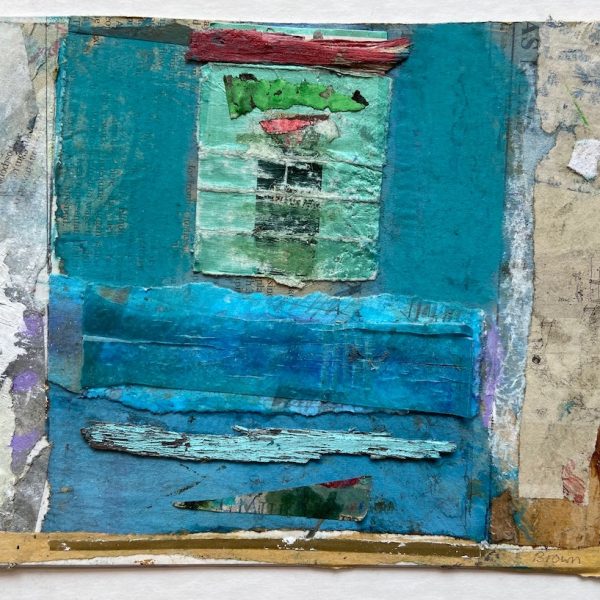 John Brown studied at Glasgow School of Art under the guidance of David Donaldson and Duncan Shanks both of whom had a big influence on his work. After graduating in 1968 John enjoyed early acclaim, winning awards at the Royal Academy and the Royal Scottish Academy as well as exhibiting regularly at galleries around Scotland.

After a number of successful and rewarding years teaching, John returned, in 1996, to concentrate on his own work. Much of his work in recent years has been informed by his travels to places further afield from his studio in Edinburgh. Exotic trips to Havana, Catalonia, Cilento and Tuscany, places bursting with colour and warmth lend themselves to John’s adventurous and assured brushwork. Collage is a favourite starting point, helping him to identify the composition.

Familiar scenes from his teeming sketchbooks are used as guidelines that are taken on a journey from recognisable landscapes and vignettes of village life to much more expressive and intuitive, abstracted finished pieces.

1963-68 Glasgow School of Art Graduated, D.A. in Drawing and Painting

2005    Elected Member of Royal Scottish Society of Painters in Watercolour