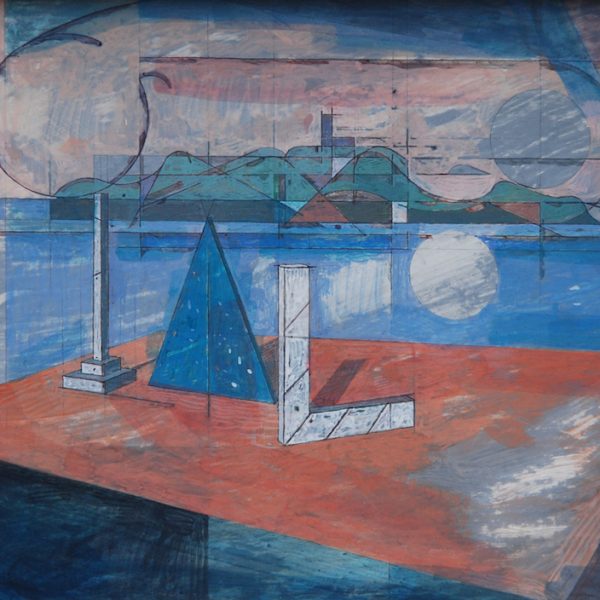 Amy Dennis paintings combine still-life motifs with landscapes that are based on close observations of the coastline around Edinburgh.

Her simplified groups of objects reference drawing and measuring tools, which interact in the image with architectural details found on the sites. Her unique style involves a precise interweaving of line and composition: the image oscillating between landscape and object, and between representation and abstraction.

Above all, Amy is interested in emphasising the craft of painting and uses the ancient medium of egg tempera paint on Italian gesso. Meticulously pigmented and polished panels are prepared as a ground for the paintings. She then mixes raw pigment bound with egg yolk and distilled water (according to a 15th century recipe) which is applied in several thin layers to create a distinctive, subtle and resonant surface.

January 2018 - 'Landscape and Object', a solo exhibition at The Scottish Gallery, Edinburgh

May 2017 - ‘175’, Invited artists presented artworks to celebrate 175 years of The Scottish Gallery, Edinburgh