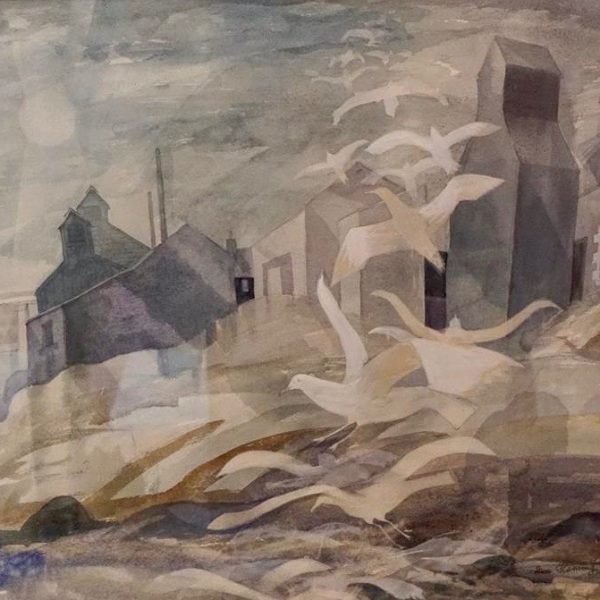 After further studies in Paris he toured southern France and Spain before returning to teach at Glasgow School of Art 1931-47 with a wartime break that saw him first as a Glasgow reserve policeman (recorded in a series of etchings) and from 1941 in the Pioneer Corps, demobbed 1946 with the rank of major.

In Aberdeen he resuscitated the Aberdeen Artists Society in  1958. After retirement in 1971, founded Peacock Printmakers and Artspace. Warden of Patrick Allan Fraser Art College, Arbroath, 1948-54. Head of Gray’s School of Art, Aberdeen 1954. Lived in Aberdeen for many years. One of Scotland’s most important twentieth century etchers. Prepared some memorable scenes of wartime Glasgow. Elected RSW 1946, ARSA 1947, RSA 1956.