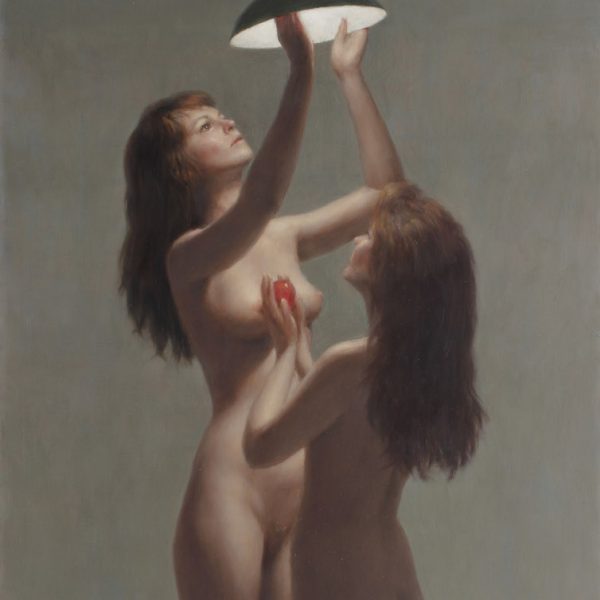 Harry Holland is widely regarded as one of Britain’s best craftsmen, producing technically brilliant and very beautiful paintings.  His style is distinctive and immediately recognisable, something which every artist seeks.  The paintings are suggestive in the sense that they imply situations, events, or relationships that are not directly expressed; this imbues them with an engaging sense of mystery.  A master of painting, Holland works with uncompromising commitment and sincerity to produce art that is intense and rewarding.  He has a predominant interest in the formal and technical aspect of painting. His contemporaneity is based on the study of classical values applied to modern metropolitan life.