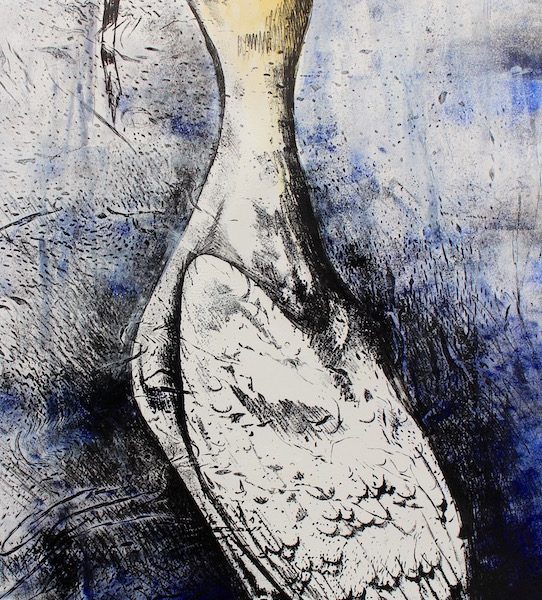 Additional Information
Georgina's response to the terrible outbreak of Avian Flu which is killing thousands of wild birds along the East coast of Scotland including the world's largest northern gannet colony on Bass Rock.

Since studying at The Chelsea School of Art Georgina Bown has worked in many different mediums, including illustration for advertising and print, & architectural design for Architects and Designers. Moving to Leith and qualifying as a welder and fabricator Georgina set up a self-employed business producing large scale public and corporate sculptures. Working with glass and steel Georgina has undertaken commissions across the UK.