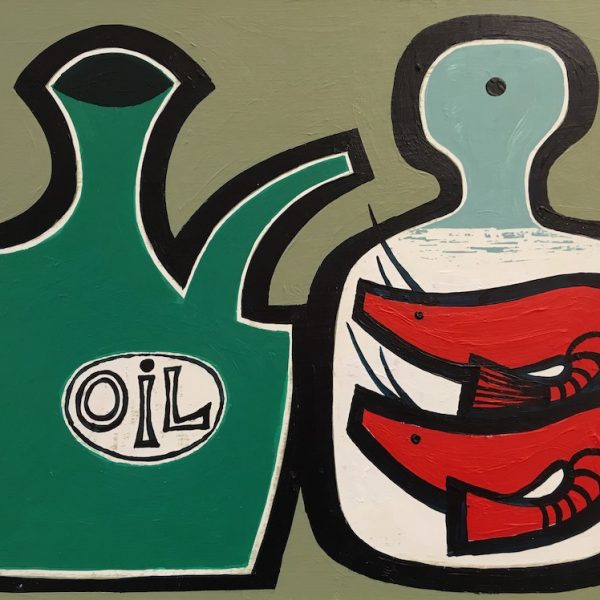 Simon Laurie is a contemporary Scottish landscape and still life artist, whose paintings are characterised by references to Scottish life and society, incorporating fish, boats, religious symbols and everyday items. These objects are arranged upon a rich textural ground created by the application of multiple layers of acrylic paint. Simon has worked with acrylic paint for more than 20 years, developing his own individual style and fundamental visual language.

Simon Laurie was born in Glasgow and studied at Glasgow School of Art from 1982 to 1988. He was elected a member of the Royal Scottish Society of Painters in Watercolours (RSW) in 1991 and the Royal Glasgow Institute (RGI) in 2000, where he served as convener for six years. Simon has had many solo shows, both in the UK and abroad, and has won many prestigious and major awards. His work is held in many public, private and corporate collections.