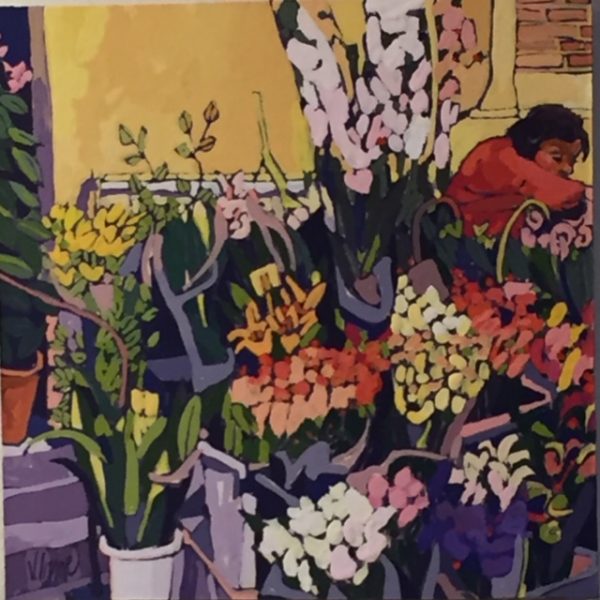 Jennifer Irvine studied Drawing and Painting at Glasgow School of Art from 1974-1978. She taught art in various Glasgow schools while continuing to paint and exhibit but gave up teaching to paint full time in 1990. She works from her studio in Glasgow and also spends as much time as possible painting in Argyll. In the last few years she has also spent a lot of time in France, Spain and Italy where she has found much of her subject matter. Her work covers a broad spectrum from still life to seascape and townscape, increasingly with a strong emphasis on light and shade and pattern. She exhibits her work regularly in the Royal Glasgow Institute and Royal Scottish Watercolorists and various galleries throughout the U.K. She is married and has one son.