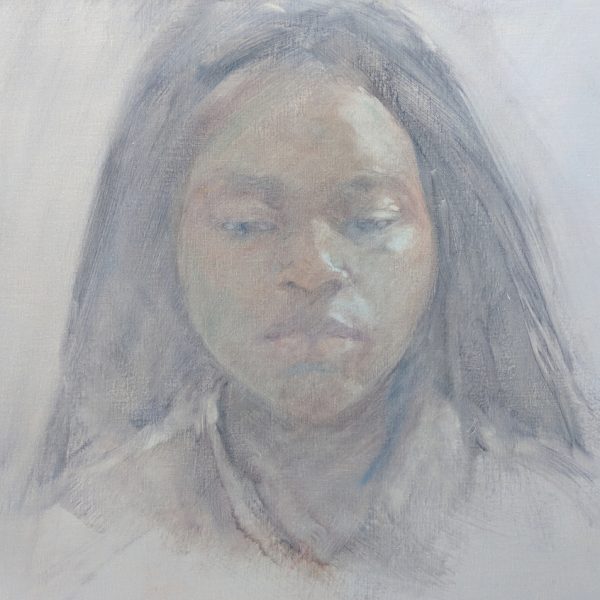 Many of Jackie’s paintings are of strangers in public places. Waiting at bus stops, people are reflected in the windows of buses that are not for them. In shop windows the reflections of strangers are layered over others that they may have glimpsed briefly, or may not have seen at all.

In her latest works gestural brushstrokes and near transparent washes of paint describe fleeting moments from car and train journeys. Solid structures become fluid while raindrops and reflections evoke the interior environment. Passengers are captured unawares, lost in their thoughts, merged with the landscape they are passing through.

Jackie Anderson was born in Glasgow in 1973. Over the past twenty years she has exhibited widely in the UK and internationally.  Jackie has won many awards for her work including the Alastair Salvesen Art Scholarship. Her paintings are part of several collections, including the Fleming Collection and the Royal Bank of Scotland. She is a two-time grantee of the Elizabeth Greenshields Foundation.

Duncan of Jordanstone College of Art and Design, University of Dundee, 2001-02 - Master of Fine Art