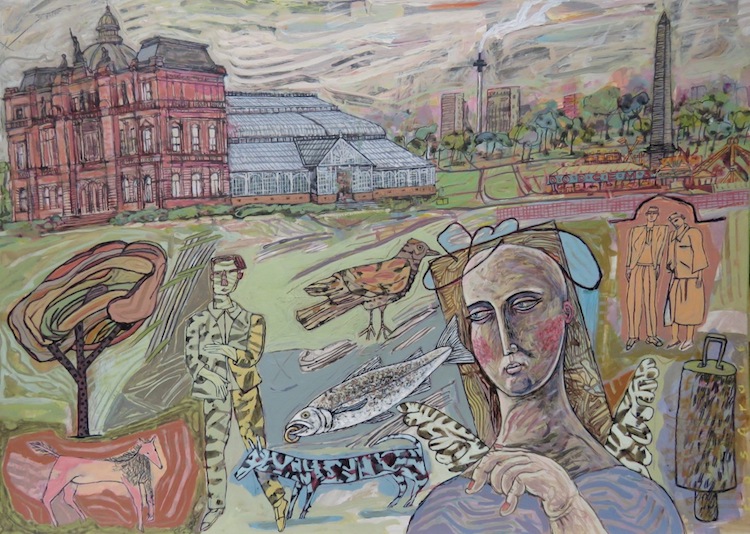 James Cosgrove or Jimmy Cosgrove as he is more popularly known, is a Scottish artist and designer who was a member of staff before being appointed Deputy Director at Glasgow School of Art. He retired from academic life in 1999.
His current work in acrylic, collage and painting is based on international travel in general and people and places in the west of Scotland in particular – including Arran and Ayrshire.

He often collects textual and graphic observations in Moleskine city notebooks – text in the form of short narratives or poems also feature on postcards usually completed on location and posted home.
Works are often in series such as the Arizona suite where images have been made in Arizona, New Mexico and the Four Corners. The way of life, crafts and culture of the Hopi and Navajo native Americans had a profound effect on his work.

A regular exhibitor at the Royal Scottish Academy, the Royal Glasgow Institute and the Paisley Art Institute, Cosgrove also exhibits widely in a number of commercial galleries.

He is a Director with the House for an Art Lover and has contributed to books on design, CR Mackintosh – and ART PARK Glasgow at Bellahouston Park, where he has a Sculpture fabricated in iron and steel titled; ‘Shipbuilding – Homage to those who made the Clyde great’.