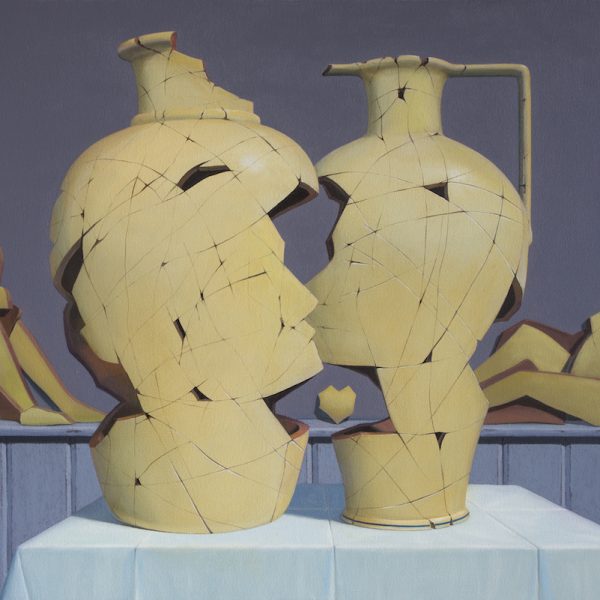 Gordon Mitchell was born in 1952 and studied at Edinburgh College of Art. He embarked on a career in teaching until becoming a full-time painter in 1989.

A prolific painter, Mitchell describes himself as an 'abstract expressionist'. Often labelled a surrealist, though he thinks not, he certainly wants his work to be thought-provoking. Inspiration can be a group of words, a topical news story, but more usually it's a visual pun that his pictures develop out of.
Routine and his own family - rather than the one he came from - have always meant much to him. He works hard and does not sleep much. He likes an intensive, regular, daily eight hours in his studio. Sculpture, for which he also won prizes at College, continues its appeal; but for Mitchell, it involves a process that takes too long whereas to him, painting is an immediate form of expression - often he will not know what he will put on his canvas until he takes up his brush.

Mitchell is an elected Member of the Royal Society of Painters in Watercolour (1997), the Royal Glasgow Institute (1998) and the Royal Scottish Academy (2005).