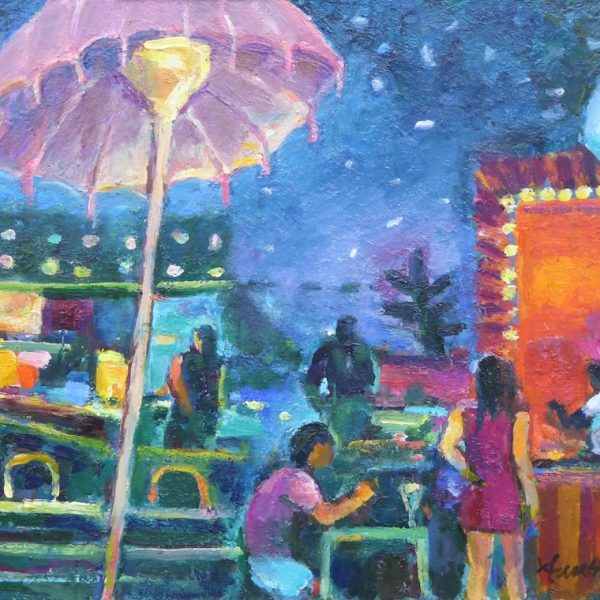 Annette Edgar graduated in 1980 from Glasgow School of Art where her tutors included Donaldson, Shanks, Rae and Robertson. Having painted and exhibited from 1996, Annette has won many accolades and prizes including McRoberts Prize 1996; short listed JD Ferguson Travel Award 2000; Mary Armour Award, PAI 2006.

She has also been an invited artist to many national exhibitions including “Painting in Scotland” Glasgow Print Studio 2000; ‘Celebration of Art’ Maclaurin Gallery Ayr 2006; ‘Discerning Eye’ Mall Galleries London 2007 and ‘The River Runs Through It’ Glasgow Art Gallery and Museum 2011.

Annette is a member of and frequent exhibitor at the RGI; SSA and VAS as well as contributing to PAI, RSW and RSA. Her works are held in many corporate, public and private collections both nationally and internationally. A selection of these include The Scottish National Portrait Gallery, Edinburgh; Strathclyde University, Glasgow; Herriot Watt University, Edinburgh; RBS, Gyle Edinburgh; East Lothian District Council, Edinburgh and Priors Court School, Oxfordshire.

House for an Art Lover, Glasgow