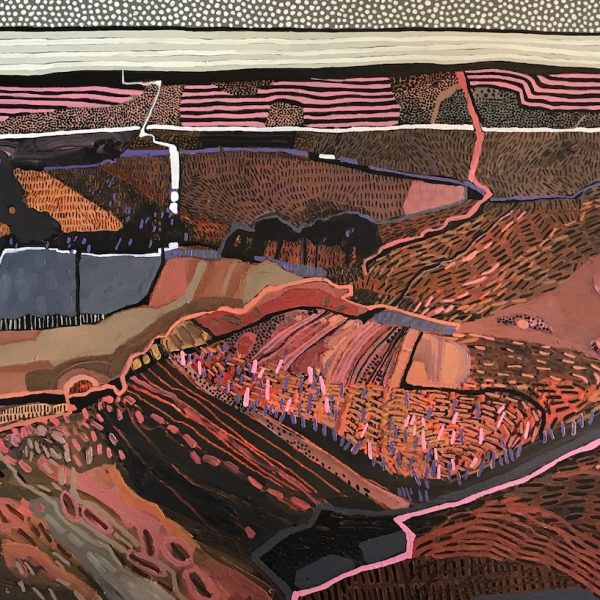 BA (Hons) in Drawing and Painting, Glasgow School of Art, 1981

During my time at Glasgow School of Art, I also studied Embroidery and Weaving for one year under the guidance of Chrissie White and Hannah Frew Patterson.

In 1998, I was commissioned by Dumbarton District Council to create a wall hanging and related paintings for the refurbishment of the Denny Civic Theatre, Dumbarton.

I have been strongly influenced by Aboriginal Art and their use of mark making and this has generated the intricate patterning in my works. The earthy colour scheme so typical of Native Australian Art and the strong tradition of storytelling is very important to the Aborigines and is steeped
in tradition.

Colour wise I want to interpret Scotland and I often seek out a high vantage point to give a panoramic view of the land. The ever changing seasons and field patterns are a constant source of inspiration.